Choudwar College is located in the industrial town of Choudwar, 08 kms away to the north of Cuttack City. To its south, river Birupa flows down and the National High way 42 runs close by.
Choudwar has a mythological and historical background. Legend says that the heap of earth, near the Central Jail, presents the ruins of the palace of King Birat of the Mahabharat period but the scholars feel it to be a Buddhist relic. History reports that in the 10th century A.D.King Yayati Keshari established his capital temporarily at Choudwar-Katak. The famous historian Sterling reveals in his findings from the 'Madalapanji', that the royal palace of king Yayati Keshari with its four gigantic gates is called Choudwar. Choudwar also has found a place in the poems of Radhanath Roy. The present township emerged in the early nineteen forties.
Choudwar College was established in the premises of the Kalinga Vidyapith in1968 to cater to the needs of higher education of the locality. It collapsed as a baby in 1971. Then with a renewed vigour and determination the present Choudwar College had a phoenix rise on 16th August, 1978 under the leadership of Sri Rajkishore Ram. Braving the initial hazard, the College started its classes with only 83 students and 07 lecturers in the guest house building of Kalinga Savenska Company. The Science faculty of Choudwar College has been shifted to the main building during the session, 1998-99.
Intermediate classes in Arts., Commerce and Science were opened in 1978, 1979 and 1982 respectively. In 1980 B.A., and in 1981 B.Com classes were added to the college. B.Sc. class with Physics, Chemistry, Mathematics, Botany and Zoology was opened in 1986. The college received Honours degree affiliation in Oriya, Political Science, History, Philosophy, Accountancy and Management in 1991-92; in Physics and Chemistry in 1995-96; in English in 1996-97; in Education and Zoology in 2003-04; in Economics and Botany in 2006-07.
The College received its first aid of rupees fifty thousand from the Government of Orissa in 1980. In the same year the foundation stone of the present College building was laid down by Mr.Biju Pattnaik on a plot of 12.5 acres. The extension of the present building was completed by 4th September, 1984 with the patronage of Mrs.Jayanti Pattnaik. Mr.Kanhu Charana Lenka laid the foundation stone of a permanent library building on 25th March 1995 under the U.G.C. assistance programme.
The present Choudwar College is a full-fledged Non-Govt. Degree College with facility for Honours teaching. It has also come under the fold of the direct payment scheme of the Govt. of Orissa since 1984 and the Govt. has been appointing Principals since June 1990. The College has started receiving assistance from the University Grants Commission since September 1994. On the basis of fair conduct of examination Utkal University is pleased to make this college the University Valuation Zone since 1999.
The College aims at the all-round development of the students by providing opportunities to achieve excellence through sports & games. It also intends to foster a sense of social and civic responsibility through NSS programmes.
The college has achieved the unique distinction of being one of the foremost colleges of Orissa by maintaining commendable position in respect of teaching, learning and discipline. To add to its glory this college has been accredited with B++ by NAAC.
For the overall development of the college the prodigious contribution of the enterprising Principal, members of the Staff, the president and members of the Governing Body need much acclaim. 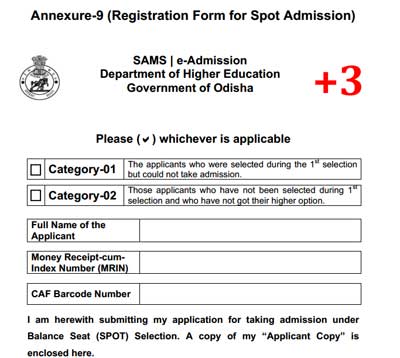